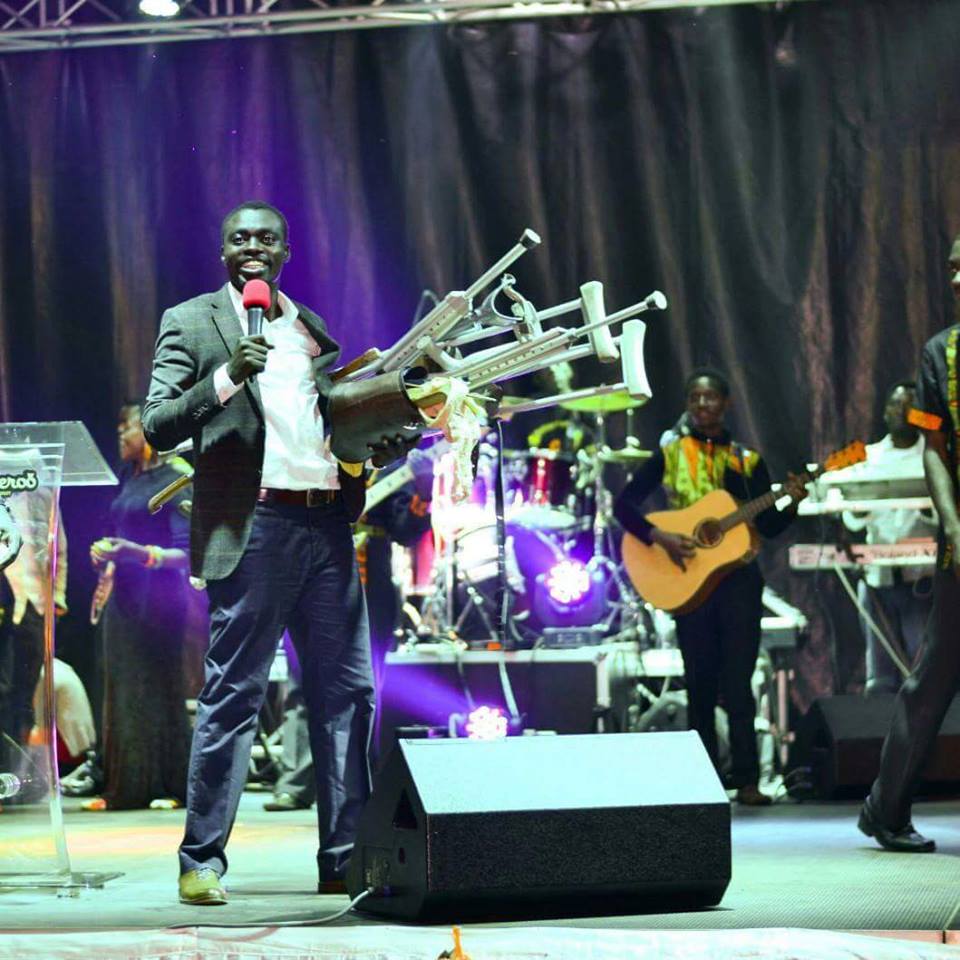 The Bible says that for every purpose under heaven, there is a season and time. God works based entirely on seasons and times. It is up to you as an individual to receive that word and speak it upon your life.

A YEAR OF LOVE

This year, the mind of the spirit is entirely on love. This is what I saw in a vision. I saw a human heart and the heart of God. There came a metallic rod in the shape of a nail which pierced through the heart of God, went through the heart of a man and in that instant, there was a joining of the two by this rod of steel. I understood why the mind behind the 16th number Yod Vav is the joining together of things by love.

This year, I saw God operating on men by his love. The love I saw was not the kind meant to get men merely material things. The Bible says that we are persuaded of things that accompany salvation. I saw operating tables in heaven and God working on men through love. This year is going to be very personal because by his love God is reaching out to us; he is going to reveal himself to us through it in a way that you have never imagined.

We have lived through a spell where men were not sure if God loves or cares for them anymore. God is about to prove to you that he has been in your business, will be in your business and forever shall be in your business. God is going to cling to you, that when you think you have escaped from him, you will realize that he is everywhere, all over and all around you.

There are people who say that they have never had visions and never seen the angels. I saw that many people are going to have visitations upon visitations and manifestations of the power and the life of Jesus Christ like never before.  The miraculous is going to change from just gifts working in men by reason of a relationship with God to a place where things around men are simply responding; it will not be the prompting of the man to make something happen but rather the prompting of that thing responding to what is upon the man.

I saw a place where men are built up in God in all things. The dividing walls that had robbed Christianity of access to the father and robbed it of its authority to function have been broken.

A DIVINE URGENCY TO SEEK GOD

The church of Christ is advancing into another place. The days of ignorance, of playing in the presence of God, of praying because you have a problem, because your daughter is sick or because you need rent have come to an end.

A SEASON OF DIVINE INTIMACIES

Since this is love operating on us, God seeks a place of intimacy with you. For many, it is not going to be about what you speak in the presence of God but what he wants to speak. God wants to speak to us.  I saw men drive back home in their cars or sit at their office desks while weeping because the love of God had overwhelmed them with glory. I have seen men walking on the streets with a power upon them that a mad man cannot stand because God is working on them. There are things that used to make us feel big but now those very things are going to make us less because every time this love works on us, it will produce the most humble spirits that men have ever seen.

I saw a house and in it was a little child who was about a year and a half old. The chairs of the house had all been moved out and I heard the voice of God tell me that everything had been sold. The property of the father to this child was being carried out and the child was weeping. I could see that this was happening to our nation.

We are going to enter a sensitive season. In 2016, there is going to be a scarcity of money in this nation. People will sell their stuff, expenses will shoot up but there is something else I saw. While money was missing in places, it was becoming abundant with believers. Watch how your next job, next promotion or next deal is going to come. God is putting these things in your hand simply to settle you.

You are going to hear of men filing for bankruptcy and selling businesses but I assure you, the child of God will not be moved. Poverty is a spirit but it is not going to touch you. This year is going to be our year and we are going to build the kingdom of God.

Believers, position yourselves, this love should cause us to give. God is going to lavish you. This is so that you settle to minister; that you stand to have the freedom to reach out. I am thinking of that pastor who cannot preach because he does not have an income, that person who cannot evangelize because he works for twenty four hours a day; that individual who cannot minister in church because they work fromMonday to Sunday and have no breather on the weekend. God is going to do something in your life to change all that in the name of Jesus.

I saw a switching of qualifications in the spirit. Many people are standing in places they are not qualified to stand in. The necessity for you to qualify to stand is not going to be by works but it’s going to be by grace.

Much as these qualifications are being switched, I need to warn you that these are also happening in the Church of Christ. I saw knowledge fade from some people in the sense that some men would look at the Bible and found that they could not see any more because in the past they had used the word for deception and manipulation.

We also want to pray for the peace of the world. Pray for France. I have seen things that will happen there and for some of these things, they will not be able to stop them.

Further to this, we need to pray for the church in Europe and that in America, most particularly America.  They are losing a certain General soon. Understand that it is not because he is judged. It is his time. However, that nation has lost its fiber of conviction. The sons of God no-longer know who they are and what they can do. Mammon swallowed some while others have been swallowed by indifference. We ought to pray for them.

Heaven still has a need; the heart of Christ for the lost souls has never changed; the desire he has for men to come to the saving knowledge of Jesus Christ has never diminished. We are going to sleep thinking of the gospel and wake up thinking of it. This year, we are going to do everything for this gospel.

A SEASON OF PREPARATION

2016 is a season of preparation for many of us, but while others behold what is happening in our lives, they will not understand that it is only the beginning. Many are going to see great breakthroughs and receive wonderful things but they will not know that it is only the beginning. By the time we enter 2017, liberty will be smelling in the air. Amen!

Posted in: The New Year Message