Home → Phaneroo → The Liberty Of The Spirit

The Liberty Of The Spirit 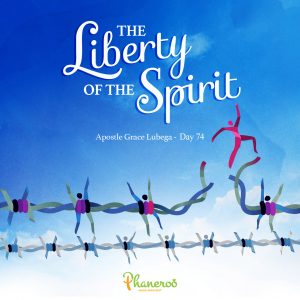 How vs What You Hear

In the gospels, there is a place where the Bible tells us to take heed of what we hear [Mark 4:24]. This means that primarily, the witness of what every Christian receives in their soul must be aligned to divine truth. If a man says, ‘I need the anointing’, the question is, what are you hearing? When he says, ‘I need to increase in knowledge’, the question is what are you hearing?

He says, take heed what you hear. Some people think that you can listen to every preacher as long as he is Born Again. However, as you start to grow up in God, you realise that you do not listen to everybody. Anybody can teach you but you don’t learn from everybody. We have to have a place of humility to be taught by anybody and the maturity to minister comfort to those who are not necessarily teaching us, but we don’t learn from everybody. That is why when Paul is talking to Timothy, he tells him to take hold of that word of life, knowing from whom he has learnt. In this world, you have to know who teaches you and who doesn’t.

Now then, psalms 48:8 makes sense when it says ‘as we have heard, so have we seen.’ At this point, the scripture takes us to another level; that a man cannot see if he has not understood the ‘hows’ of responding to what is ministered to him. ‘What’ pertains to the measure of the thing heard. ‘How’ is the place that presents perception in the life of the man. You will never see in the word until you learn how to hear the word because the place of ‘what’ is the one that distributes measure for you to launch deep while the place of ‘how’ is the one that distributes perception-vision in the things of the word.

In psalms 48:8, the city of the Lord is the New Jerusalem, the line of promise where men live in the fullness of all things.  That experience is not for men who only listen to the right message but for men who yield to the degree that is necessary for them to see the things that they must see because the ‘hows’ of the word position a man to the perception of the spirit through the word of God.

The spiritual realm is a place where God has created a flat plane for every man to determine their way and make it prosperous. However, because of how men do not see the way they should see since they did not hear the best way they ought to have heard even though they heard the right word, many people carry frustrations. Such frustrations are simply because of how they yield to the things of the spirit; how they yield to the word.

Milk with No Cows, Honey with No Bees

This God who calls the things that are not as though they are says, ‘the land I am taking you into is not going to have cows or bees but I promise you that it is going to have milk and it is going to have honey.’ That is the total sum of the life of every Christian. Sadly, certain men get into that land and look for cows and when they do not see cows, they ask, ‘God why is it that I have believed you for all these years but I see nothing? I have prayed and fasted in vain.’ Having prayed, they get back to the situation and when they see no cow, they go back to God and cry that there is still no milk. To such, the reasonable explanation for them is that when God promises milk there has to be a cow or where they expect honey, there has to be a bee. Welcome to the world where milk and honey flow when there is no cow or bee but brother, it has to flow. Such is the life of the spirit. With such a mindset, I wake up in the morning and have to believe for milk where there are no cows and for honey where there are no bees. God tells me that I do not need a bee to get honey and I do not need a cow to get milk.

Others are waiting for products (milk and honey). That is why Christianity has become legalistic rather than revelational. Many people think that every man who carries the product in his spirit must have a certain process. However, God frustrates process because as you grow in the dimensions of the spirit, you realise that there are shortcuts.

[Numbers 13:27-30]; And they told him, and said, We came unto the land whither thou sentest us, and surely it floweth with milk and honey; and this is the fruit of it. Nevertheless the people be strong that dwell in the land, and the cities are walled, and very great: and moreover we saw the children of Anak there.The Amalekites dwell in the land of the south: and the Hittites, and the Jebusites, and the Amorites, dwell in the mountains: and the Canaanites dwell by the sea, and by the coast of Jordan. And Caleb stilled the people before Moses, and said, Let us go up at once, and possess it; for we are well able to overcome it.

Spies were reporting what they saw and Caleb stopped them immediately. He knew something was wrong with what they were saying. He instead said, ‘let us go up at once and possess it for we are well able.’ He meant, ‘Do not say we are unable. He sent us there.’ It means that God cannot send you where there is no victory. How can you say that the giants are bigger? Do you know that there are people who give excuses for why they are not a success? They blame everybody except themselves. They say, ‘I would have been this, but for my auntie. I would have done that but for my uncle.’ If what your uncle or auntie is doing to you cannot kill the kind of cow that gives milk in this sense or this bee in Canaan, you cannot be stopped. I am not referring to physical bees that you can spray and they die. What I am trying to tell you is simple; if I carry milk and you cannot see my cow, there is no way that you can frustrate me because I have an affirmation of the kind of cow I carry.  This cow is not physical but when you drink the milk, brother, you will know it is milk.

God is about to do things in your life that men cannot explain. He is going to put something upon you that people will say of it that it is not on any man but only on you. They will not know the cow that produces your kind of milk. We are going to flow in a grace whose sources men cannot explain. In the name of Jesus.